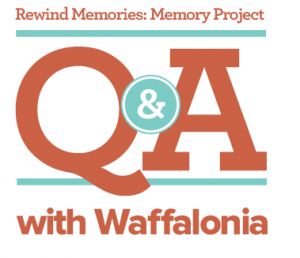 Waffallonia’s first location is nestled between Bikram Yoga and Pamela’s on Murray Avenue in Squirrel Hill. To catch you up to speed, warm and cozy can best be experienced in the form of the sweet scent of Andrew’s Belgian waffles, and in any case, having tasted them, we know that the size of the shop is in no way reflective of their utter deliciousness.

Fortunately, there’s no line when we walk in, and the owner, Andrew, is the one to ask us what we’d like. With even more luck, we manage to coax out his life-story. In short, Andrew is rather impressive, and his journey to opening the first Waffallonia is unique and inspiring. To our surprise, Andrew had never actually gone to pastry or culinary or waffle school, for that matter. After graduating from Carnegie Mellon University, he acquired a job in computer engineering, and due to the nature of his work, he would frequently travel to Belgium. Andrew quickly fell in love with Belgian waffles, and although he did not know it at the time, he would soon be serving up those same delectable waffles to Pittsburghers. Before he decided to merge his love of waffles with how he made a living, however, Andrew had to find out the hard way that here in the U.S., there were no recipes that even came close to replicating the caramelized and crunchy, yet doughy and delicate goodness that he was accustomed to in Belgium. That’s why Andrew made it his mission to study the art of the waffle in Belgium.

As previously mentioned, he didn’t go to fancy pastry school, but he did crack open more than a few books to test and try some of the many **authentic** Belgian waffle recipes. Finding the formula for all future Waffallonia waffles was one thing… finding the perfect space where to serve up said waffles was another. As we teased, Andrew chose a rather small space to make his tasty creations here on Murray Avenue in Squirrel Hill, but he found exactly what he wanted—a space that was just big enough to make waffles, yet small enough to feel cozy. Waffallonia also has a location in the heart of Oakland—you can’t miss the sweet scent once you near Schenley Plaza. Just follow your nose. 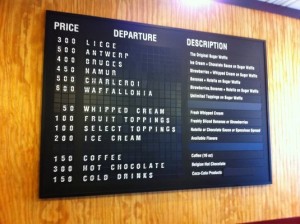 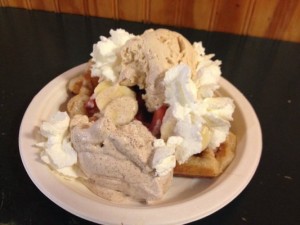